An event every week that begins at 7:00 pm on Friday and Saturday, repeating until October 30, 2021 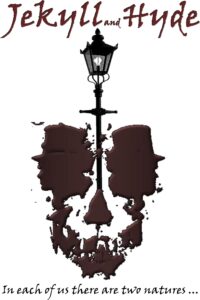 Murder and chaos are pitted against love and virtue in this sweeping gothic musical.

The epic struggle between good and evil comes to life on stage in the musical phenomenon, Jekyll & Hyde. Based on the classic story by Robert Louis Stevenson and featuring a thrilling score of pop rock hits from multi-Grammy- and Tony-nominated Frank Wildhorn and double-Oscar- and Grammy-winning Leslie Bricusse, Jekyll & Hyde has mesmerized audiences the world over.